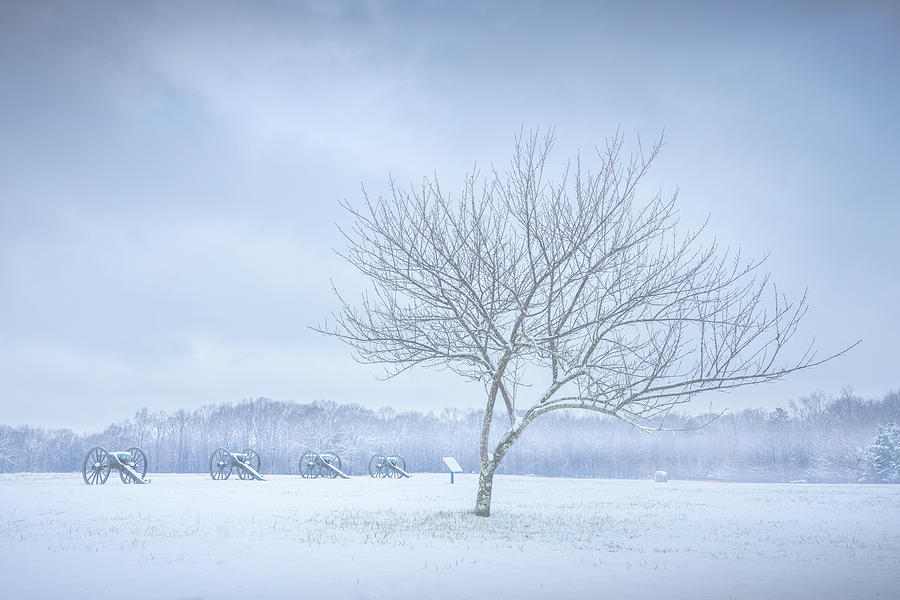 Snow At Shiloh National Military Park
Shiloh is one of the best preserved Civil War battlefields. Nearly 4,000-acres, Shiloh National Military Park you can visit historic sites like the Bloody Pond, Hornet's Nest, Pittsburg Landing and the General Albert Sidney Johnston death site.
Shiloh was one of the bloodiest battles of the entire war, with nearly 24,000 men killed, wounded, and missing.

Great shot Jordan!! The perfectly lined up cannons with fresh snow bring a fabulous touch to this shot.

Neat image, Jordan. I'm partial to the Antietam and Gettysburg battlefields, living close to both and having first visited Gettysburg over 50 years ago. Spent a lot of time hiking around Shiloh while working in Mississippi and it remains my favorite of all the battlefield National Cemeteries. I agree, though, it is one of my favorites. So was eating at the nearby Catfish House. Never visited there during the winter but your image is a call back to hopefully do so. - Mike

This is way cool! Canons in the mist. Love it!

Beautiful light tones with the snow!